Mortgage interest trends are an essential factor to consider when deciding the type of loan you want to finance your new home. Rates have been trending upward in recent months, and the next few years will be no exception. Below, we have included our forecasts for home mortgage interest rates—both short-term and long-term. If you want to mortgage a home, do so now; rates are expected to rise steeply for the foreseeable future.

Forecasting the interest rate in the short-term involves a lot less uncertainty.  Comparing one recent forecast, the average interest rate for July of 2018 is currently 4.53%. Anything under 6% is considered “good,” meaning borrowers are still reaping the benefits of relatively low interest rates. However, if you are planning to lock into a fixed-rate mortgage in the next year, do so very soon. Current projections place September and October of 2018 as the lowest rates for the next twelve months—4.45% and 4.46%, respectively. After that brief lull, rates are expected to shoot up, hitting above the 5% mark for the first time in March of 2019. The Federal Reserve is continuing to raise its benchmark rate, which will continue to raise interest rates across the housing market. Currently, mortgage rates are higher than they have been since 2011, but average homes were around $100,000 cheaper seven years ago. If you’re planning to purchase a mortgage, do your research and see what you can find with a stable interest rate. Then, cash in ASAP.

Though long-term mortgage interest rates are more difficult to forecast, figures are currently available through 2022. In a thirty-year mortgage, a four-year forecast is hardly helpful. However, the general trend is enough to inform and educate potential borrowers on the affordability of their loans. As mentioned, the average rate for July of 2018 is 4.53%. Over the next four years, that will increase to 5.44% (July 2019), 6.82% (July 2020), 7.00% (July 2021), and 7.59% (July 2022). These increases are intimidating but should be carefully considered prior to making any borrowing plans. For more detailed, month-to-month projections, click here.

Long-term mortgages and insurance rates come with a lot of uncertainty. Currently, rates are projected to increase steadily for the foreseeable future. If you’re planning to purchase a fixed-rate mortgage, do so now—rates will only continue to rise. Additionally, those with variable rates should expect to see their monthly payments increase with rate changes. Fixed-rate mortgages are influenced by what’s happening in the bond market, which has remained relatively stable. Variable-rate mortgages use the prime rate as a base, resulting in historically cheaper rates than with short-term fixed-rate mortgage. However, these long-term dramatic increases mean larger payments over the life of the loan. If you are currently torn between a fixed- and a variable-rate mortgage, the fixed option is, inevitably, the safer option. Interest rates are expected to hit 8% in the next four years—nearly double the current rate. 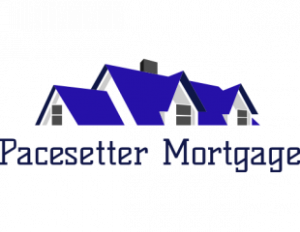